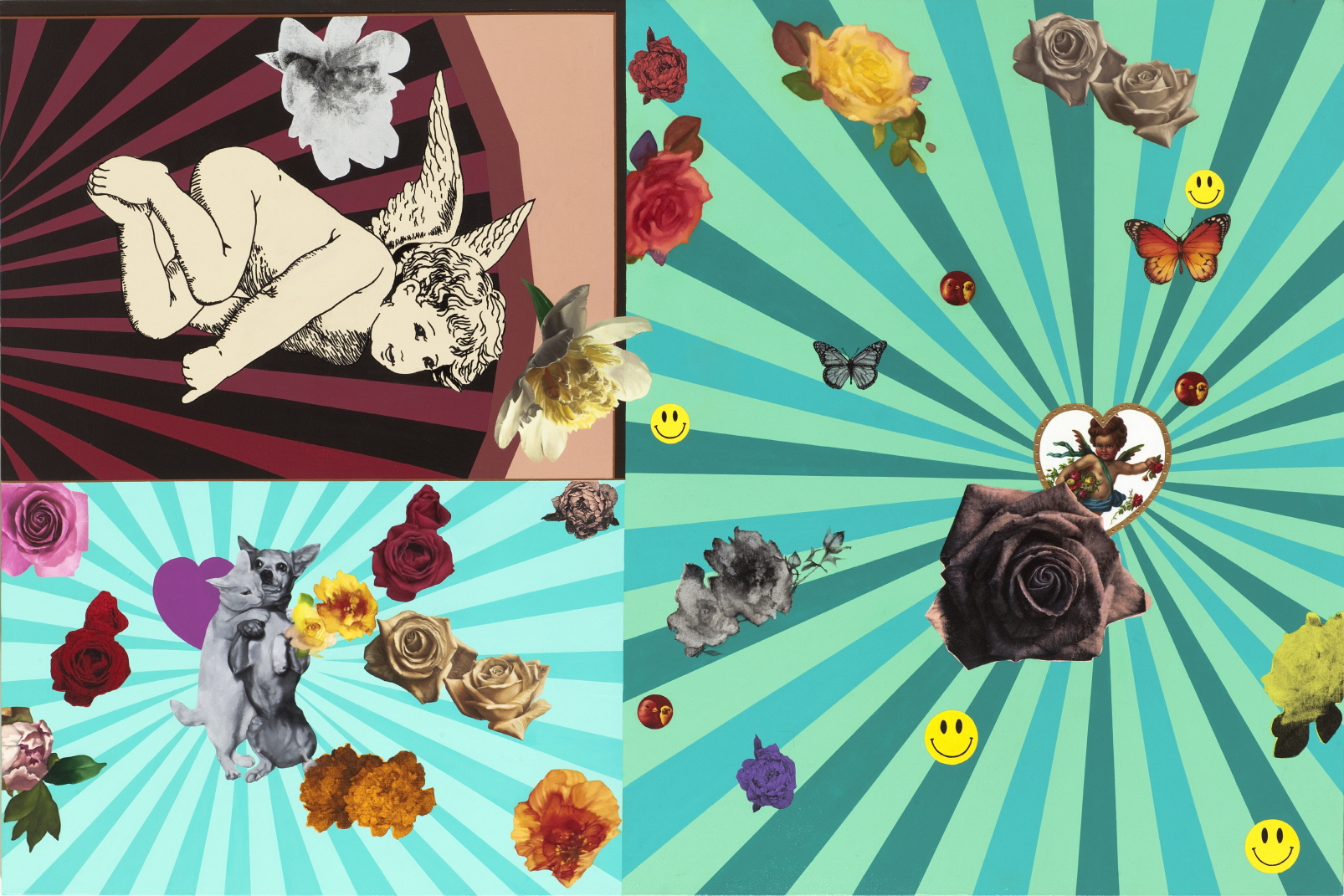 Hallmark Project is about the dichotomy of “dream and reality” and “inserted images and actuality.”

Hallmark Project involves using familiar images of Hallmark Cards, an American greeting card brand. The images featured on these cards are symbolisms that represent and mirror pieces of reality. The Hallmark Christmas cards, to me, represented what Christmas should be and were a dream that were more real than reality.

Hallmark Project is a twenty first century American interpretation of “Butterfly Dream”, a story by the fourth century B.C. Chinese philosopher Zhuangzi (BC 365?∼BC 286).

Hallmark Project relies on Zhaungzi’s Zen concepts of the transformative power of the self within its surroundings, the self as an entity undifferentiated from other life forms, and the transience of life.