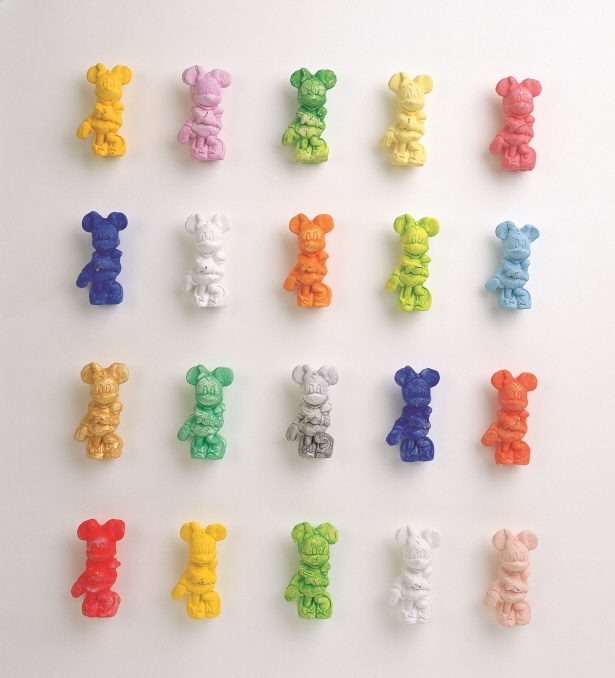 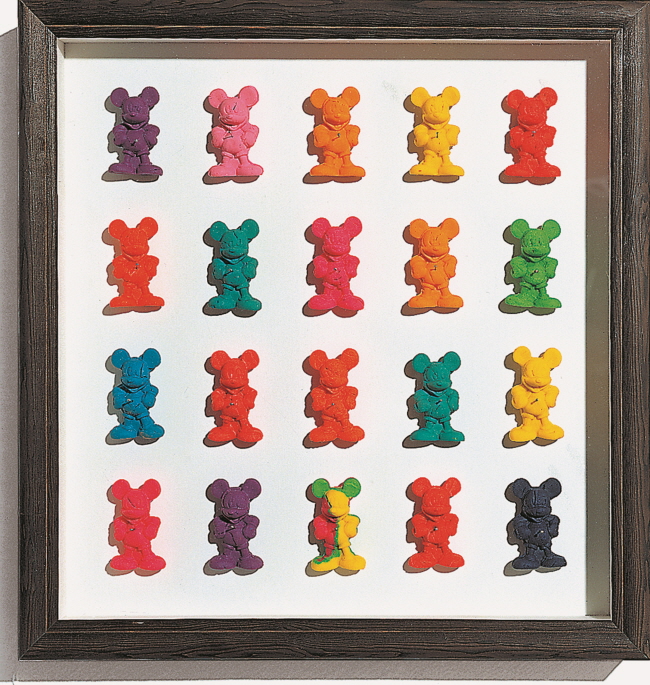 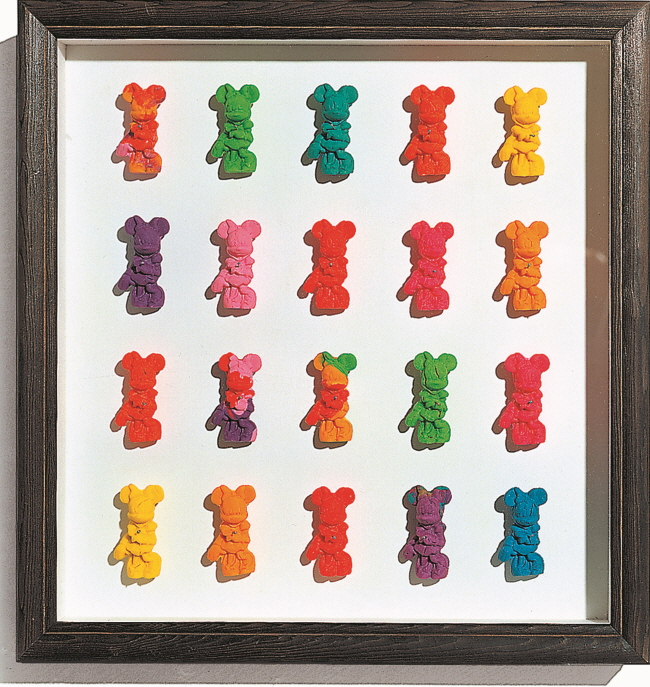 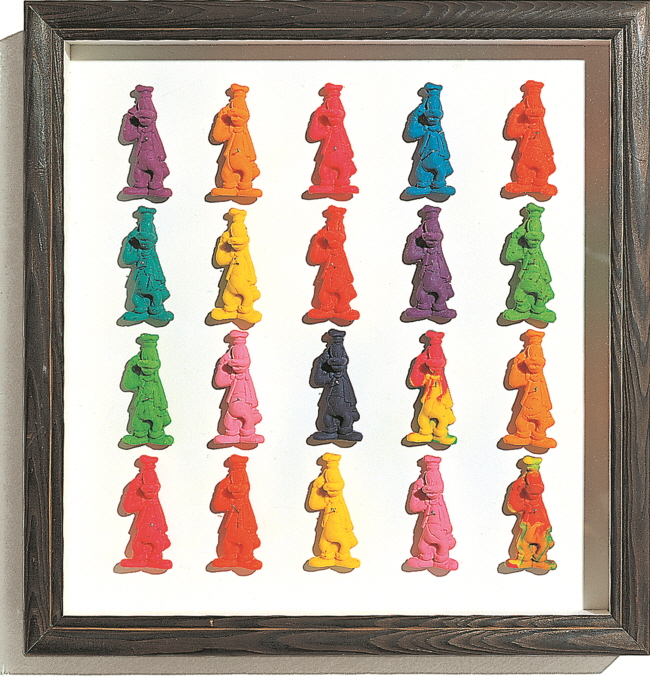 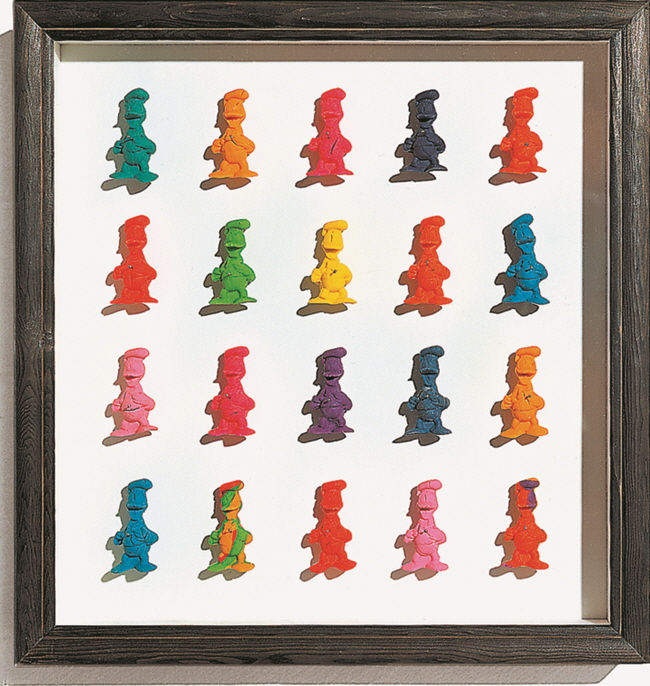 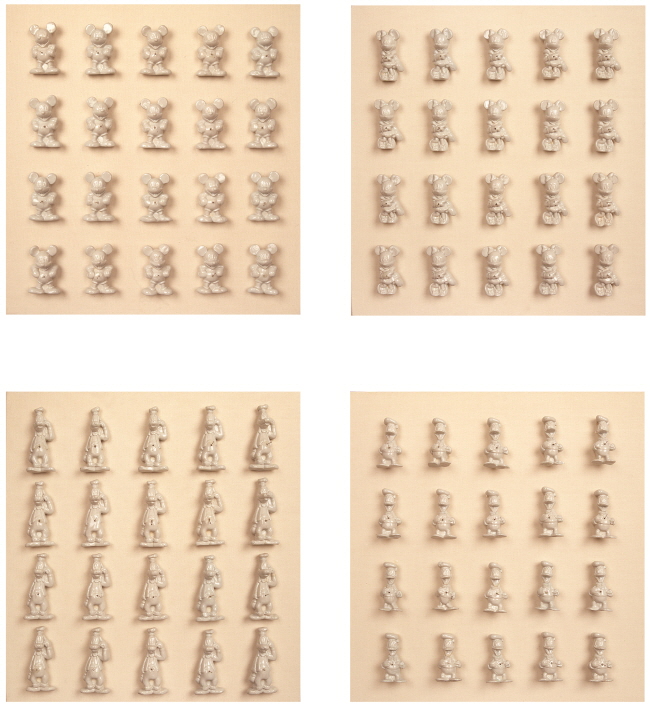 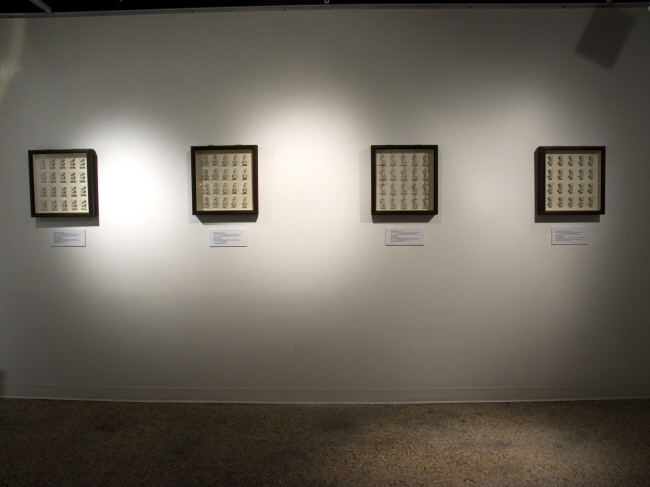 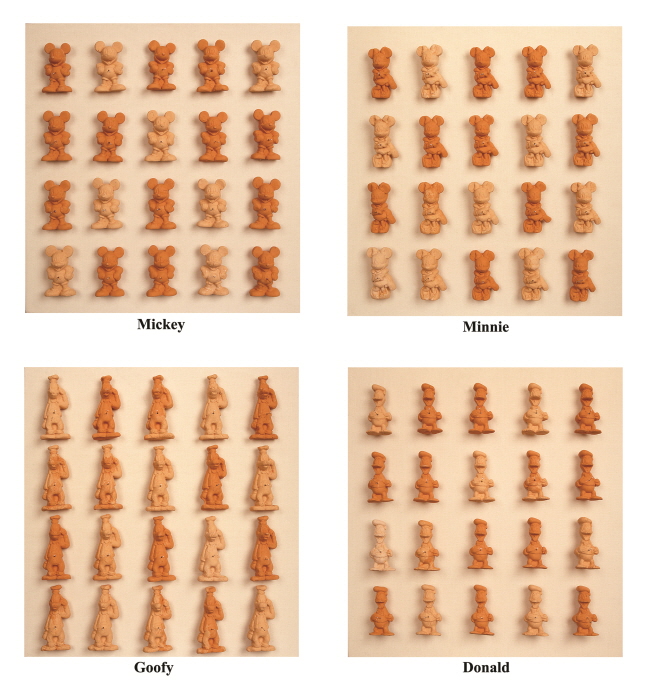 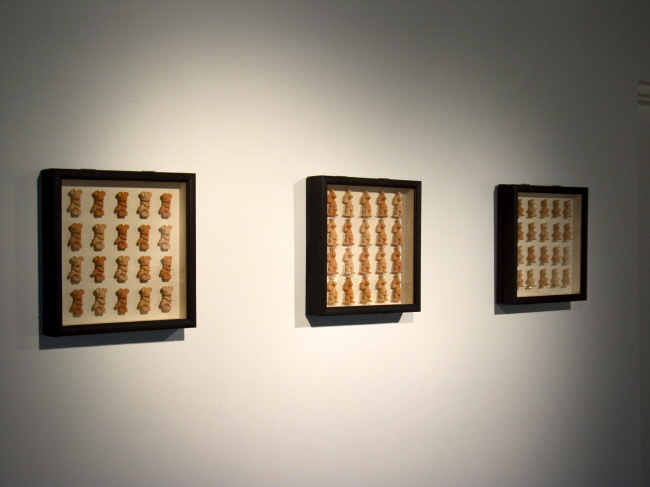 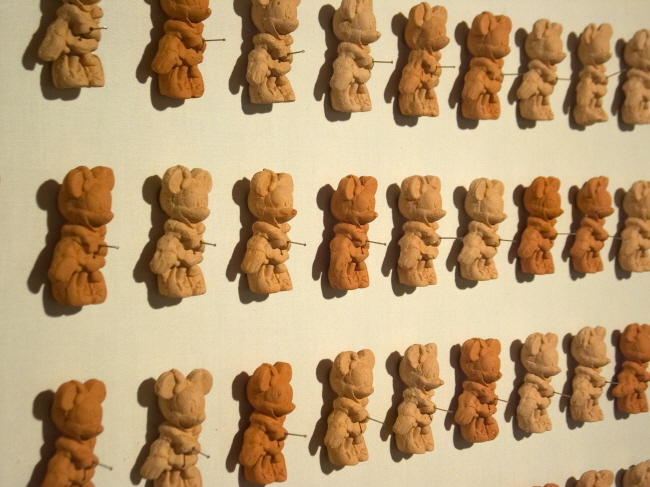 Her child, raised in urban conditions, may have never encountered real mice; nevertheless, he is quite familiar with the image of Mickey Mouse.
This is a “hyper-real” experience in the age of mass media, while in the society of consumption “simulacrum” replaces “the real”. The simulacrum of Disney Land, evoked as an exemplary model by Jean Baudrillard, affects the mentality of Korean children heavily. As the simulacrum spreads all over the world unchecked by national borders.

Yun, NanJie (Art History)
-Transcribe a passage from the critique of the second solo exhibition